Feeling Anxious? 5 Steps to Know If It’s Stress or Anxiety

The Best Pandemic Advice Ever? By Dr. Amen 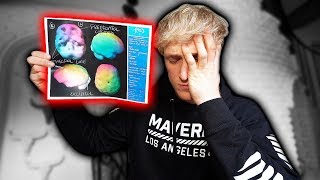 Why Do I Make Bad Decisions?

What Can You Do To Reverse Brain Trauma Today?

The World Health Organization ranks traumatic brain injury (TBI) as the leading cause of both disability and mortality in individuals below the age of 45. According to the Centers for Disease Control and Prevention, two million new TBIs are reported each year in the United States as a result of falls, accidents, and concussions. Millions of others go unnoticed leading to what many researchers have called the “silent epidemic.”

TBIs, including concussions, are a major cause of psychiatric illness and few people know this, because most psychiatrists never look at the brain. In fact, TBI has been linked to:

What Research Has Shown:

New research published in the Canadian Medical Association Journal shows that “even mild concussions sustained in ordinary community settings might be more detrimental than anyone anticipated; the long-term risk of suicide increases threefold in adults if they have experienced even one concussion.” An additional study reiterated the seriousness of traumatic brain injury stating it is “the leading cause of death and disability in young adults in the developed world” and that “individuals with mild TBI, with concussion, had an elevated suicide risk by 81 percent.”

This link between TBIs contributing to poor outcomes later in life was recently investigated in much greater depth. Research published in PLOS Medicine studied more than a million people born since 1973 and followed them to see how head injuries impacted their lives in the coming decades.

It was discovered that people who had suffered even a mild traumatic head injury (which was defined as a head injury which left them feeling dazed or confused) were 60 percent more likely to have died in the studied period than people who had no injury.